Today, Simone Biles, McKayla Maroney, Aly Raisman and Maggie Nichols, gave gut-wrenching testimony during a Senate Judiciary hearing about the FBI’s complete failure in handling the Larry Nassar investigation.  According to the Washington Post, at least 40 girls and women said they were molested after the FBI had been made aware of allegations against Nassar in 2015.

McKayla Maroney said, “I think for so long all of us questioned, just because someone else wasn’t fully validating us, that we doubted what happened to us. And I think that makes the healing process take longer."

While this case caught the world's attention, the troubling reality is that child sexual abuse victims in our community are too often ignored, discredited, and blamed when they report abuse or reach out for help from individuals and institutions.  Hearing these strong women speak out about how hard it was to come forward and the abhorrent response they received when they did speak up is heartbreaking.  We must do better.  When individuals' and institutions' actions and inaction enable perpetrators, they must be held responsible criminally and civilly.

“If you allow a predator to harm children, the consequences will be swift and severe. Enough is enough,” stated Simone Biles.

Stopping child abuse is everyone's responsibility. If you suspect a child is being sexual abused, make a report immediately: 1-800-392-3738  Missouri Child Abuse and Neglect Hotline 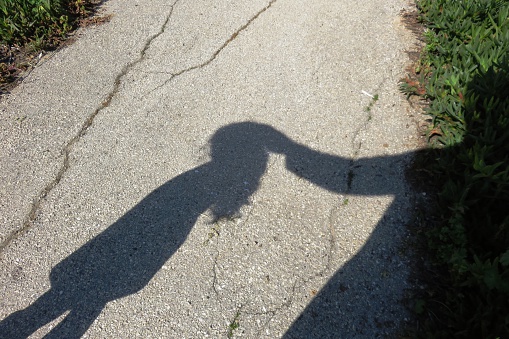 Popular posts from this blog

September 01, 2021
A common impediment to recovering money for victims of sexual abuse or other violent crimes is that a perpetrator may not have money or assets.     The Tort Victim Compensation Fund  (TVCF) was established in 1987 to provide compensation to individuals who have been injured but have been unable to collect on their personal injury or wrongful death judgments because the tortfeasor had no insurance coverage or other funds to pay the judgment.   The  TVCF is funded by punitive damage awards in civil case but it has been underfunded since its creation.   In the last few years, payouts have been only $0.34 to $0.44 on the dollar for a judgment and the total available in the fund each year has ranged from $2 million to $5 million.   T his year, however, after a $2.1 billion judgment against Johnson & Johnson became final, $480 million dollars from the punitive damages award was paid into this fund. This is an incredible opportunity for crime victims to access much deserved financial
Post a Comment
Read more

September 23, 2021
A recent news article discusses the findings of a study showing women who have experienced sexual violence are more likely to develop disruptions  to blood flow in the brain.   The study found that women who experience sexual violence  might face more than the physical injuries sustained during the attack and other known mental health consequences like post-traumatic stress disorder, anxiety, or depression. They may also have a higher risk of a certain type of brain disease that's a precursor for dementia and  stroke . This research has important implications for women's overall health and identifying early warning signs of stroke and dementia.  Women who have been sexually traumatized are encouraged to share this information with their health care providers.
Post a Comment
Read more
June 03, 2022
Trauma-informed conversations can be difficult for everyone involved. This is a great article with several things to keep in mind when wading into hard conversations with survivors.  How to Have Trauma-Informed Conversations with Survivors of Domestic Violence – California Health Report (calhealthreport.org)
Post a Comment
Read more